A musical journey through Latin America

Music from the Andes with its indigenous elements, the ancient tradition of Zamponas, Quenas, Charangos and Tambores – to the Coast with the spirited African influences in the rhythms of Candombe, Festejos and Sayas. 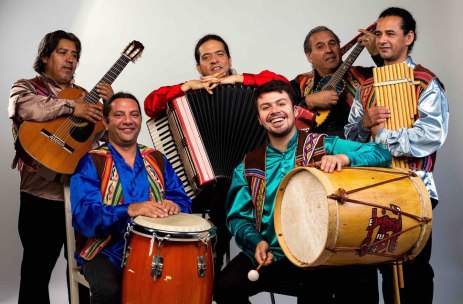 PACHAMANKA was founded in June 1979 in Santiago de Chile. Luis Parra Madariaga who was one of the founders acts until present as the leader of the group, who has since 1989 its seat in Vienna.

Concert tours took Pachamanka to Brazil, Slovenia, Hungary, Spain, England and Switzerland, to performances for radio, television and film productions, as well as to the big stages of the musical world e.g. in Austria among others in the Musikverein, Konzerthaus, Künstlerhaus.